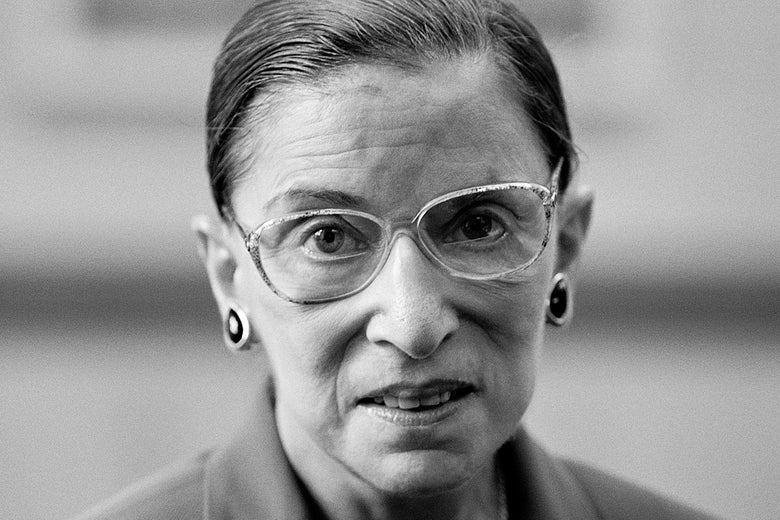 Her legacy as the notorious RBG is replete with stories of accomplishment throughout her legal career.  When sworn in as US Supreme Court Justice in 1996, Bill Clinton remarked that Ruth Bader Ginsburg had already made her mark on constitutional law by successfully fighting for the ‘equal treatment for women and men before the law.‘

Clinton was referring to the landmark case of Frontiero v. Richardson in 1973 which addressed military benefits being paid differently on the basis of sex.  At the time Ruth Bader Ginsburg, representing the ACLU as amicus curiae, was permitted by the Court to argue in favour of Frontiero.

Here are Bader Ginsburg’s words from this landmark case:

Sex like race is a visible, immutable characteristic bearing no necessary relationship to ability.

In vocational and higher education, women continue to face restrictive quotas no longer operative with respect to other population groups.

Their absence is conspicuous in Federal and State Legislative, Executive, and Judicial Chambers in higher civil service positions and in appointed posts in federal, state, and local government.

… Sex classifications do stigmatize when as in Goesaert against Cleary 235 U.S., they exclude women from an occupation thought more appropriate to men.

The sex criterion stigmatizes when it is used to limit hours of work for women only.

… The sex criterion stigmatizes when … it assumes that all women are preoccupied with home and children and therefore should be spared the basic civic responsibility of serving on a jury.

These distinctions have a common effect.

They help keep woman in her place, a place inferior to that occupied by men in our society.

… In asking the Court to declare sex a suspect criterion, amicus urges a position forcibly stated in 1837 by Sarah Grimké … She said, “I ask no favour for my sex. All I ask of our brethren is that they take their feet off our necks.”