Speech 24: Malcolm X (The Ballot or the Bullet) 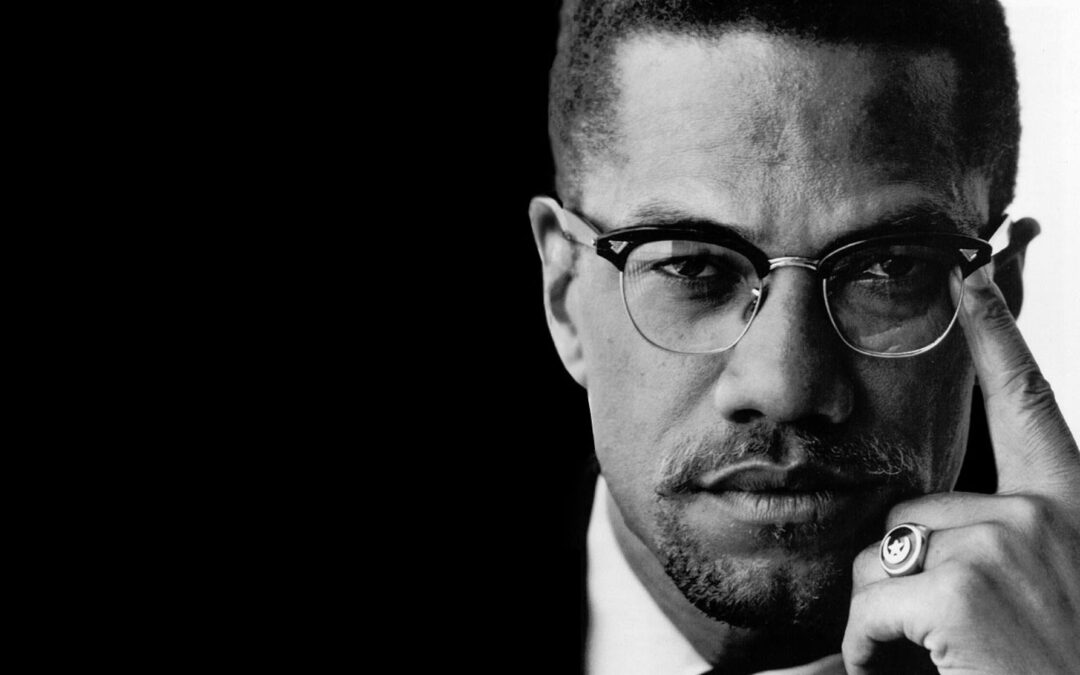 The Ballot or the Bullet speech was delivered by American civil rights activist Malcolm X on 3rd April 1964 at Cory Methodist Church in Cleveland, Ohio.

This speech is a challenge to fellow African Americans to fight discrimination by legislative means (the ballot) and if necessary by violent means (the bullet).  Malcolm X’s message is overtly aimed at the black community.  But there is a covert subtext, of course, for the rest of the American nation that might be listening – the time for change has come.

This speech is not an academic argument for why the civil rights movement is necessary in America; although Malcolm X had engaged in such discussion at other times.  Instead, this speech is a call to arms for his people to unite and fight.  To overcome whatever internal grievances and difference might exist in order to unify for the resistance against white American who was ‘not their friend’.  His audience was encouraged to judiciously exercise their right to vote and to rise up against oppression if such democratic processes did not result in significant movements towards equality.

The power of this speech stems from its clarity of purpose.

Malcolm X called for African Americans to be united against the common enemy:

“This is why I say its the ballot or the bullet.  It’s liberty or it’s death.  It’s freedom for everybody or freedom for nobody.”

To land his message, Malcolm X chose to clarify his position.  Though the Nation of Islam forbade participation in the political process, Malcolm X argued for voting.  In doing so he signalled the importance of freedom over other competing edicts.  Rather than venturing into discussion on religion, national unity and competing political factions he made a clear declaration:

“I am a Muslim minister the same as they are Christian ministers.  And I don’t believe in fighting today on any one front but on all fronts.  In fact, I am a black nationalist freedom fighter.“

He implores his audience to set divisive religious issues aside in favour of a unified front:

“So today, though Islam is my religious philosophy, my political, economic and social philosophy is black nationalism.”

Use Repetition, Rhythm and Rhyme

There is a lyrical quality to this speech.  You can hear the echoes of his father, a Baptist minister, in the metronomic speech patterns.  Repetition of key phrases is used throughout, none more than the headline ‘the ballot or the bullet’.  In reference to the white man controlling the black man.

Malcolm X’s speaking style is rhythmic.  This speech is nearly an hour-long, but the rhythm serves to keep us listening, almost nodding and tapping out the beat to accompany the words.  Rhythm and repetition come together in this impressive excerpt:

The technical term for that rhetorical flourish is anadiplosis.

“Today its time to stop singing and start swinging”

“You and I have never seen democracy.  All we see in hypocrisy”

Serious with a touch of humour

Not only is the message serious, but the delivery is also long.  In part, this is made more digestible for the audience by the use of humour.  This case in the form of irreverence.  Lightening, somewhat, the feeling that one is being lectured to:

Or watch the abridged version below: