Speech 28: Theodore Roosevelt (The Man in the Arena)

by Monica Lunin | A Speech a Week Series, Leadership 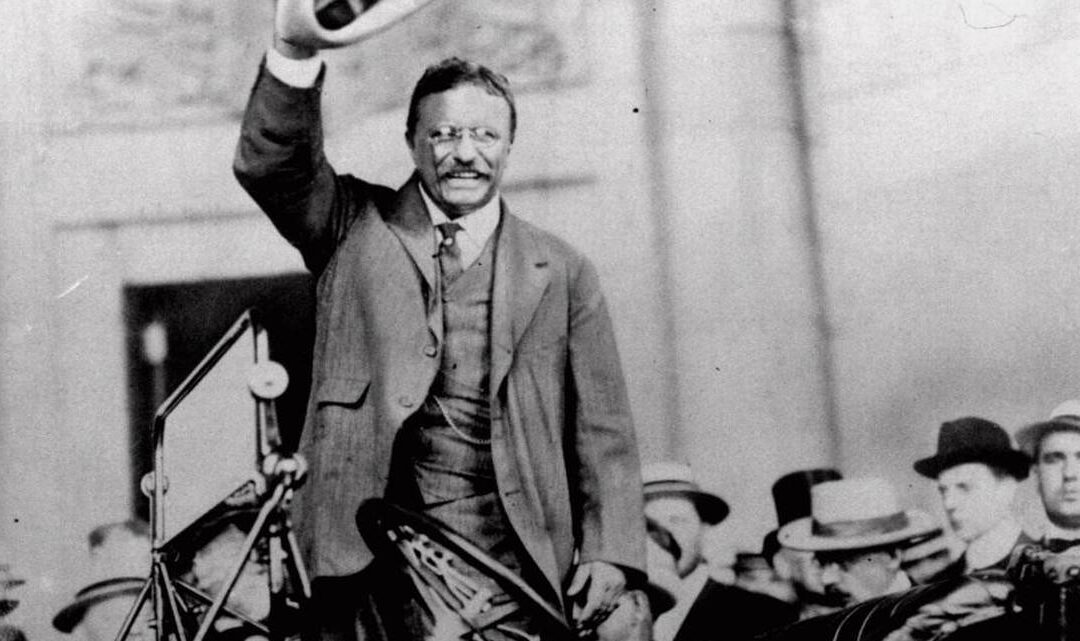 This is the belief that has powered the Speech a Week series.  There are many fine speeches that have captured the attention of the audience, inspired action and reverberated through the years.  But few speeches punch quite so much power into every word as this one.  The Man in the Arena is just such a piece.

An Appeal to Character

Theodore Roosevelt manages to strike a chord, marking a moment in history, and speaking with such power and eloquence that his words have been used and re-used many times, in various circumstances since they were originally uttered on 23 April 1910, in Sorbonne, France.  The Man in the Arena is the passage where Roosevelt unleashes a forceful style of rhetoric – to cap off a rational argument and stir the emotions of those he seeks to persuade.

Imitation is said to be the highest form of flattery.  Perhaps we can also include allusion, quoting, mis-quoting, outright plagiarising, replicating and paraphrasing.  By this standard, the Man in the Arena is much loved indeed.  Here are some of the many re-applications of Roosevelt’s words:

What makes Roosevelt’s words so ubiquitous, more than a hundred years later?

An appeal to character is at the heart of his message.  It is an eloquent and erudite version of ‘just do it’.  It is a Carpe Diem-esque rallying cry against complacency.  And, it is an ethical appeal to all to do what is right and just.  The Man in the Arena is a stirring passage that inspires the listener to be a better version of themselves.  What greater purpose could a collection of words possibly have?

The Speech and the Excerpt

The Man in the Arena is the title given to one powerful paragraph within a much longer speech entitled; Citizenship in a Republic.  Both are worthy of attention.  Here is the oft-quoted power para, where every word matters:

It is not the critic who counts; not the man who points out how the strong man stumbles, or where the doer of deeds could have done them better. The credit belongs to the man who is actually in the arena, whose face is marred by dust and sweat and blood; who strives valiantly; who errs, and comes short again and again, because there is no effort without error and shortcoming; but who does actually strive to do the deeds; who knows the great enthusiasms, the great devotions; who spends himself in a worthy cause; who at the best knows in the end the triumph of high achievement, and who at the worst, if he fails, at least fails while daring greatly, so that his place shall never be with those cold and timid souls who know neither victory nor defeat.