Your Argument is Invalid! – 5 logical fallacies in business, politics and media 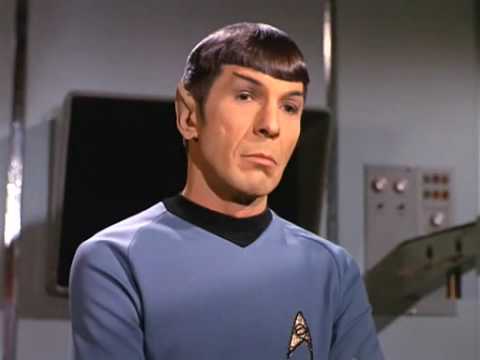 Once you have eliminated the impossible, whatever remains, however improbable, must be the truth.

The most influential communicators deliver persuasive arguments built on a solid logical foundation.

Logical fallacies are endemic in politics, business and media.  The application is so common that we may not notice.  But if you listen carefully and think critically you will come to recognise these patterns of flawed thinking.

The straw man involves deception by distortion. It’s like a misquote – but more subtle.  The straw man is  used by creating a distasteful caricature of an opponent, thereby suggesting the audience join in dismissing their point of view.  Often seen in political campaigns at the regrettable point when they turn negative – advertisements and attacks based on extrapolated assumption posing as reality.

I will attack you by ignoring your actual position and substitute it with a distorted picture of what you stand for.  We cannot possibly support a candidate who does not care about the economic future of our nation.

To Kill a Mockingbird by Harper Lee has been removed from the required reading lists of most US schools.  The justification commonly proffered is that the use of the ‘N’ word and other racial slurs make this a racist work.  School boards cannot support racism therefore the book is banned.

The bandwagon is applied when it is assumed the audience is not sure how to act.  So, they will look to the choices made by others.  It is even more compelling to follow the choices of other people like themselves.  This is a popularity fallacy.  Of course, the fact that any given conclusion is a common choice does not render it correct.

We can’t confuse the logical fallacy with the influence principle.  If, by chance, you have attended a mojologic or 6 Degrees workshop, you may have heard us reference Cialdini’s principles of influence – one of which is social proof.

I will support my assertion with facts and statistics that indicate widespread consent.  95% of Fortune 500 companies use this supply chain management system therefore this is the right choice for you.

Infomercials are rich sources of the bandwagon fallacy in action.  In nearly every infomercial popular opinion is cited as a rationale for making a buying decision.  Here is a classic.  “All across America people are discovering what personal trainers like myself have known for years…”

The slippery slope takes the audience into the dangerous realm of the hypothetical.  Rather than dealing with an assertion directly, a link is made to the impact of a particular position (without causal proof) resulting in an undesirable outcome.  The slippery slope can be used to prey on people’s fears.  It makes link after link – each scenario worse that the one before.

I will state that if we accept one proposition then another, undesirable outcome will surely follow.  If we grant our customers a refund without asking questions, every past customer will come out of the woodwork and demand their money back.

The Cold War was a geo-political battlefield that seemed to invite the application of the slippery slope.  To generate support for the US military involvement in Nicaragua, Ronald Reagan made a public appeal evoking the image of the ‘red sea of communism’ advancing toward American borders.

Closer to home, the Australian public quickly recognised the weak argument asserted by Paul Bernardi proposing that if we were to allow gay marriage the next step would be bestiality.

The red herring is a logical sleight of hand.  A trick to divert attention from the main argument.  Red herrings can indicate that the speaker is on shaky ground.  Rather than dealing with the central issue directly, they introduce a separate argument, diverting discussion to an argument they are more likely to win.

I may listen respectfully to your question, but I will not answer you directly.  Instead I will steer the conversation toward safer ground (for me) by making a spurious link to a different topic.  Yes, overcrowding in our hospitals is a serious issue.  It affects older Australians in particular.  Let me tell you about the changes to mandatory superannuation that we are introducing…

Every weekday morning on ABC Radio National you can tune in to hear Fran Kelly interview politicians, business leaders and others.  How I admire her tenacious ways!  She will not stand for red herrings in her interviews – here is an example.  Or this one.

From the Latin, meaning ‘to the man’.  Another somewhat cowardly tactic, Ad Hominen directs the attack to the person rather than the proposition.  When used in a fallacious argument, Ad Hominem works like a character assassination.  It is incorrect to link the quality of an argument to the character of the person who espouses that argument.

I will sidestep your proposition and focus on something else about you to cast everything you say in a negative light.  How can we take advice on relaxing firearms regulation from somebody who grew up culling rabbits on an outback station.  He clearly enjoys shooting innocent animals.

In Sarah Palin’s election effort she repeatedly attempted to discredit Obama, stating among other things that he ‘palls around with terrorists’.  Actually these speeches are rich with examples of fallacious argument.

Sorry Sarah – your argument is invalid.

These logical fallacies are tactics.  As such they can be effective.  However, they will not strengthen your argument in the long run.  Your recommendations will stand the test of time if they are built on a strong foundation of logic.

When a proposition is put to you and a decision is required, keep your antennae up for flawed reasoning buried in a persuasion attempt.