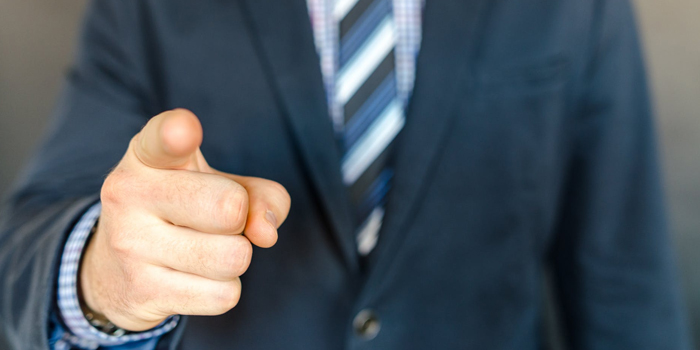 We need to clear up a common misconception.

The words that you use don’t really matter. People remember your body language and your tone of voice more than your actual words.

Have you heard this sage advice?

Let’s Go To The Source Of The Research

…words account for only 7% of the meaning of the message, tone of voice for 38% and body language for 55%.

Have you heard this advice? Have you been taught that your body language is more important than your words?

It’s not what you say, it’s the way that you say it.

And maybe you were struck by the striking low degree of importance carried by your actual words.

Could it be true that content hardly matters at all?

If this extrapolation of Mehrabian’s research were correct you should be able to watch, for example, a TED Talk in a language you don’t speak and both glean and recall the message so long as the speaker used the right body language and tone of voice.

Well, its time to bust the myth. This is UNTRUE at worst and MISLEADING at best.

This is not to suggest that body language and tone of voice are not important elements in communication, but the relative importance as suggested by this pie chart, and countless other points of reference, is incorrect.

The original source for this research Professor Albert Mehrabian from UCLA who published a book called Silent Messages in 1971 and another called Non-Verbal Communication in 1972. It is true that these works were published but the extrapolation of the data into what has become received wisdom in the world of communication and public speaking is interesting.

I was recently reminded of the phenomenon when reading Tony Buon’s excellent book, Communication Genius: 40 insights from the science of communicating. The irony was not lost on me — communication ‘experts’ are responsible for one of the most striking miscommunications in modern psychology.

In one experiment people listened to a recording of a woman saying the word ‘maybe’ in three different tones to suggest liking, neutrality, and then, disliking. Male observers were shown female faces and asked to guess the emotions indicated by three types of communication. They observed just gestures, then voices then both together. The photos received more accurate responses by a ratio of 3:2. When we receive conflicting messages, the conclusion is, we believe what we see. (Mehrabian & Ferris, 1967)

In another experiment, single words were spoken in the three categories of liking, neutrality and disliking. When spoken in different tones the subjects were asked to deduce meaning. The experiment found that the tone of voice had more influence on meaning.

The ratio of 7:38:55 relates to published results reflecting how the single word ‘liking‘ was interpreted under these conditions. An interesting finding that helps to explain when there is dissonance between the articulated emotional term and the actual emotion conveyed when naming that term, we tend to default to non-verbal cues like tone of voice.

When Extrapolation Goes Too Far

Then the research took on a life of its own.

Now nearly 50 years later we are still dealing with the wake of misinterpretation.

The missed message is aided by the simplicity of a graph that tells a story. It fits neatly into a slide deck on how to communicate better. It has the added weight of authority; Professor… UCLA… Published Research…

The myth is perpetuated because the message is so simple and tidy. Easy to recall and easy to repeat. But it is wrong.

Interpersonal communication is far more nuanced than this heuristic would suggest. Mehrabian himself was well aware of the potential for miscommunication and warned against it in his own writing.

Body language does matter. The tone of voice also matters. But the words that you use – the content of your speech – matters far more than this oversimplification would have you believe.

A more meaningful take away from this research is that humans are looking for consistency between what is said and how it is said. If we observe inconsistency we may well doubt the veracity of the words that are spoken. Further research in this direction would be helpful.