Speech 09: Betty Friedan (don’t iron while the strike is hot!) 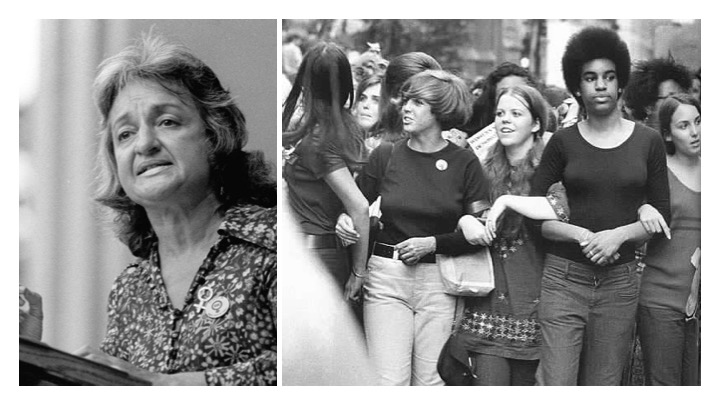 Reflecting on a Betty Friedan speech in March 1970, in honour of her legacy on the occasion of International Women’s Day.

“We need an instant revolution against sexual oppression.”

In 1970, 50 years after American women were awarded the right to vote, Betty Friedan delivered a speech that used her power as the founder of the National Organisation for Women to generate support for the Women’s Strike for Equality. Some 50,000 women were lead by Friedan in the march down 5th Avenue in NYC on 26 August, 1970. Part of the reason for her notoriety and support is a speech she delivered in March of that year in a farewell to the NOW.

Friedan was dissatisfied with the progress of women’s rights in the ensuing 50 years. She was a seminal figure of second-wave feminism. She was brave, she was political and she was vocal.

Now, 50 years after that powerful speech, we can look back on the progress we have made and evaluate our level of satisfaction. With Ms Friedan’s words ringing out through history we may be inspired by her bravery and her eloquence.

On March 20, 1970, Betty Friedan was scheduled to deliver her farewell address to the National Organisation for Women (NOW). Rather than deliver the polite, reflective, congratulatory address that would normally mark such an occasion, Friedan used the power of the podium to rally her supporters.

Whilst Friedan may have been proud of what the NOW organisation had achieved, she had already set her sights on her next challenge – the Women’s Strike for Equality, to be held in New York on August 26th of that year.

Partly due to Friedan’s fighting words, and the ensuing press coverage she received, the march enjoyed the support of about 50,000 women. At the same time, women took to the streets in other US cities, including Boston, Minneapolis, Chicago, Detroit and San Francisco.

One notable slogan that appeared in the procession along 5th Avenue was:

Don’t Iron While the Strike is Hot!

A Call for Revolution

Betty Friedan’s speech was intended to foment an “instant revolution against sexual oppression”:

“I propose that the women who are doing menial chores in the offices as secretaries put the covers on their typewriters and close their notebooks and the telephone operators unplug their switchboards, the waitresses stop waiting, cleaning women stop cleaning and every one who is doing a job for which a man would be paid more stop.

And when it begins to get dark, instead of cooking dinner or making love, we will assemble and we will carry candles alight in every city to converge the visible power of women at city hall. Women will occupy for the night the political decision‐making arena and sacrifice a night of love to make the political meaning clear.”