Speech 10: Aneurin Bevan (they are lower than vermin) 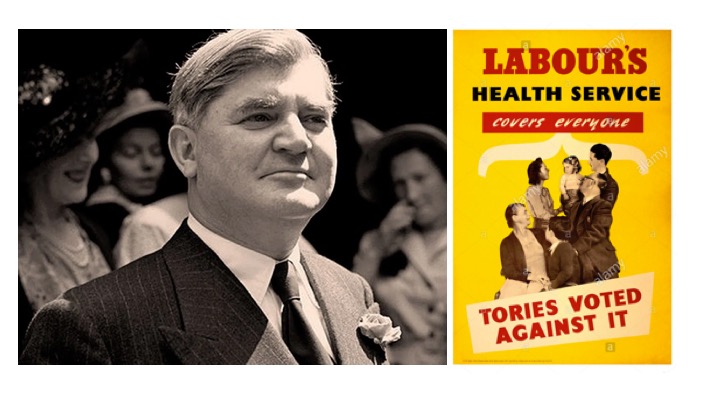 “…no amount of cajolery, and no attempts at ethical or social seduction, can eradicate from my heart a deep burning hatred for the Tory party that inflicted those bitter experiences on me. So far as I am concerned, they are lower than vermin.”

On the 4th of July, 1948, on the eve of the creation of the NHS in Great Britain, once Health Minister Aneurin (Nye) Bevan delivered a vitriolic attack on the Tories.

Aneurin Bevan (1897,1960) was a Welsh Labour politician and driving force behind the National Health Service (NHS). Despite significant opposition from the conservatives and the British Medical Association, he was successful in this campaign. His speech as a rally in Manchester in 1948 was a platform for his famous anti-conservative rhetoric, peppered with ideology, emotion and personal commitment.

We find ourselves, once again, in the nexus of public health and political leadership. This time, the global challenge of COVID-19 (The Caronavirus) presents our political leaders and health policy experts with a challenge of communication – how to lead, provide information, prevent panic, operate in uncertainty and demonstrate empathy…

Bevan’s approach was to lead from the front. He connected his personal experiences to the change he was promoting. His emotion – anger, even ‘hatred’, could be called up at any time to support his message. He took an ethical stand – beating off any naysayers by returning to his central premise – it will take strength to do what is right. He reminded his audience of a moral imperative.

The High Road and the Low Road

Throughout this short address, Bevan takes that high ground. His appeal is based on principle – ‘the eyes of the world are turning to Great Britain‘, and ‘(we will be) the only British Government that ever carried out its election promises‘.

But the language of his speech was on the low (informal style). His credibility with his audience came from his demonstration that he is who he is – a miner turned politician – and he speaks like one; ‘for what is Toryism except organised spivery‘.

There is a contentious, even combative quality that comes through in this speech, and many others delivered by Aneurin Bevan during his political career. Certainly this was a less politically correct time.

However, Bevan faced his share of counter-attack from the media and crossbenches. In fact, Winston Churchill described Bevan as ‘a projectile discharged from the Welsh valleys’. Churchill re-named him ‘the Minister of Disease‘.

Perhaps this was the plan all along. Perhaps Bevan knew the only way to win the policy battle was to bring the fight out in the public dialogue. I imagine him saying to his opponents:

“The eyes of the world are turning to Great Britain. We now have the moral leadership of the world, and before many years are over we shall have people coming here as to a modern Mecca, learning from us in the twentieth century as they learned from us in the seventeenth century.”

That is why no amount of cajolery, and no attempts at ethical or social seduction, can eradicate from my heart a deep burning hatred for the Tory Party that inflicted those bitter experiences on me. So far as I am concerned they are lower than vermin. They condemned millions of first-class people to semi-starvation. Now the Tories are pouring out money in propaganda of all sorts and are hoping by this organised sustained mass suggestion to eradicate from our minds all memory of what we went through. But, I warn you young men and women, do not listen to what they are saying now. Do not listen to the seductions of Lord Woolton. He is a very good salesman. If you are selling shoddy stuff you have to be a good salesman. But I warn you they have not changed, or if they have they are slightly worse than they were.”

“But after today the weak will be entitled to clamour. After a while the newspapers in the hands of our enemies will give the impression that everything is going wrong. Don’t be deceived, it is then that they will start going right. We are the people to whom the people can complain. I shall be unmoved by the newspapers, but moved by the distress.”

“In 1945 and 1946, we were attacked on our housing policy by every spiv in the country – for what is Toryism, except organized spivery? They wanted to let the spivs loose.”

“In 1950 we shall face you again with all our programme carried out. And when I say all, I mean all. I mean steel is going to be added, we are going to establish a new record: that of being the only British Government that ever carried out all its election promises.”

“We will set that resistance on one side. We shall meet the struggle because we know exactly what we want to do, and how the Tories will react to it.”