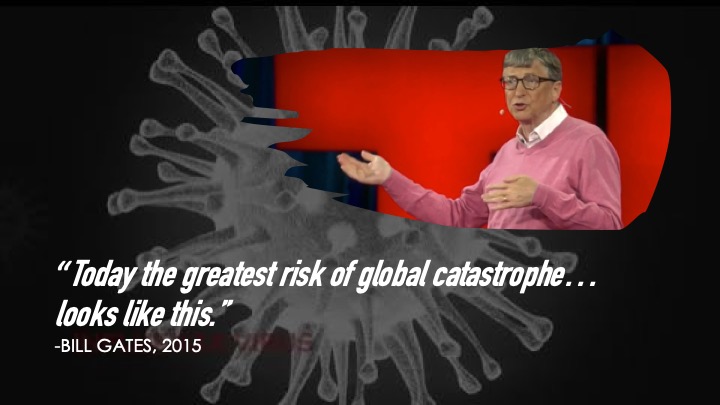 Back in March 2015 Bill Gates delivered a TED Talk declaring that the greatest risk of global catastrophe would come from a highly infectious virus.  He then displayed this image on the screen. 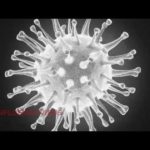 Now as the world battles to cope with the Novel Caronavirus pandemic we listen to this speech with a very different perspective.  Covid-19 brings with it a one in one-hundred-year challenge that will live on in our memories for generations to come.  The rest of the story has yet to be written – what will be the total impact on our culture, political systems, economies and populations?

This talk from 2015 was the foreshadowing of a plot we did not recognise.

Bill Gates must receive top marks for ethos.  Firstly, his reputation as the founder and long time CEO of Microsoft precedes him.  As does the fact that, via the Bill and Melinda Gates Foundation, he has committed himself and his significant resources to philanthropy.

The ethical basis behind this talk is also beyond reproach.  There is nothing that Bill Gates would personally gain in spreading his message of warning.  And yet, he assesses the current state of readiness and voices and even-tempered warning:

“We have actually invested very little in a system to stop and epidemic.

We are not ready for the next epidemic.”

Limitations of the Platform

TED is a remarkable organization that brings a wealth of information to light in the form of short dynamic speeches.  TED has been instrumental in sparking awareness and inspiration for millions.

Certainly, the TED stage is the right context for Bill Gates to bring his message to the world and to raise general awareness.  But, is it the right format to persuade people to take immediate action?

Who, after all, would have needed to act in order to put us in a better situation that we now find ourselves?  Who did Bill Gates have in mind when he was creating this talk.  I wonder what his expectations were for his audience?  After all, awareness of the issue is not enough.  Such an assessment is easy to make in hindsight, of course.

The Solution is out of our Reach

The ‘how’ is an important component of any persuasive message.  If you want people to behave differently, you need to demonstrate or explain how this should happen.  For the average person that listens to Bill Gates’ message – the ‘how’ as he outlines it, is beyond their control.

Instead, we are left with the impression that the solution is the responsibility of governments and NGOs.  Not us.  Not regular people.

According to this talk, these are the things we need:

All points clearly expressed and well explained.  But there is no guidance for the average citizen.  No call to action.

“I think this should absolutely be a priority.”

But what can we, the audience, do to support you in this belief?  That remains unclear.

Alert but not Alarmed

Bill Gates’ speaking style is controlled and calm.  No doubt this manner has evolved over years of effectively managing the stress of steering one of the world’s largest companies.  Rather than sparking action, his delivery makes us feel like somehow, everything will be ok.

“There is no need to panic.  We don’t have to hoard cans of spaghetti or go down into the basement.  But we need to get going because time is not on our side.”

We Need this Voice

If not then, perhaps now?  Will we heed Gates’ warning when we recover from our current situation?

“If there is one positive thing that can come out of the Ebola epidemic is that it can serve as a early warning, a wake up call to get ready.  If we start now, we can be ready for the next epidmic.”

How admirable that Mr Gates continues his clear-minded, balanced voice to this issue.  Here is the latest from Bill Gates and TED from 24 March, 2020.  Now that we are in the midst of the very pandemic he warned us about.

And here is the TED Talk Bill Gates delivered by in 2015: